Great prices for Ricoh, Canon and Samsung Printers, Copiers, Scanners in Toronto and nearby areas.

Amazingly Great prices for all big brand Printers, Copiers and Scanners in Toronto and Nearby Areas.

Take business performance to a new level with smart printing.

Expand Use with Independent Functions and Extensibility. The Real Preview function is available in preloaded applications, such as Copy, Send and Box. Usability can be further extended with the built in Web Print Browser, which allows you to quickly print content such as maps, pictures, e-mail and more without a PC. Access even more useful features and solutions by downloading them through the Samsung Print App store.

MANAGE – Personalize the User Interface Through My Page – Enhance the UI by arranging and managing the environment per user with My Page. Simply customize the settings and Quick Menu for each user, and keep track of an individual’s usage, control accessibility and more. Create Custom Shortcuts and UIs in a Snap.
NFC – Wireless and NFC Option – Use tap on print, WiFi and mobile printing with the ease of a tap or button.

FOR INFORMATION ON COPIERS/PRINTERS.....CONTACT US

FOR PROMO PRICING ON THE COPIERS/ PRINTERS, CLICK HERE!!!!!!!!

Canon vs Xerox: The Fight in on!

Canon vs Xerox: The Fight in on!

Comparing differences from major brands, we arrive at the two biggest names in the industry (Other then Ricoh Multifunction Copiers)— Canon vs Xerox copiers.

Xerox has become synonymous with photocopying, due in large part to the fact it invented the plain paper copier in the 1960s. Until the 1970s Xerox commanded 100% of the plain paper copying market, which is when Canon came along.

Canon was the first big company to present a formidable challenge to Xerox in the fight for supremacy in the copier business. The company’s first entry in the market was a simple black and white printer. From there, the company has since expanded its product line with models in every category.

Canon vs Xerox — Canon is King 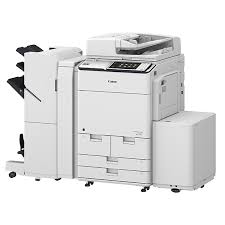 Today, Canon now has more placements than any other copier brand out there. The market share of Xerox is minuscule compared to what it once was. Xerox went from owning the entire market to owning about 10-15% of the market at present time. Of course, that’s not all due to Canon. Other copier brands like Ricoh and Sharp have also been eroding Xerox’s share of the market.

Since there are more Canon copiers in offices than any other, it’s much easier to find Canon copier service compared to Xerox. With more options for Canon copier repair service, you can have peace of mind that your copier will always be in business.

There’s a reason why Canon has the most placements out of any other copier brand, and that’s because it makes a better product. With superior machines at reasonable prices, coupled with plenty of brand marketing, Canon has become the company to beat.

Admittedly, Canon’s brand awareness means there is usually a higher price associated with its products compared to lesser known brands. One thing that is equal between Canon vs Xerox is that, with both brands, you’re paying for the name to some extent. Make no mistake, with Canon you’re also paying for a top-of-the-line machine, but there is a premium for the brand.

In most of the segments we compete in at Dean Office Solutions, which is low-to-mid volume with some high volume, Xerox lags behind the others. In the range of equipment that outputs up to 90 pages per minute, Xerox is not that big of a player anymore.

Canon vs Xerox: In Summary

Canon is easily the top brand when comparing Canon vs Xerox and, at this point, it may be the number one copier brand in the world. Canon is closely followed by Sharp, Kyocera, and Ricoh. Xerox remains competitive in the real high-end market, which includes the type of equipment you’d find at print shops. Xerox is still at the top of its game when it comes to copiers used as a printing press in large, in-house corporate environments, and also print-for-pay environments.

For all other commercial printing needs, Canon is the brand you want. Whether you’re in need of a color or black and white machine, Canon offers the best of both. As one of the leading Canon dealers in NJ, in addition to buying and leasing new copiers, we are happy to offer Canon copier rental service and a full selection of used Canon copiers. Getting a top machine from today’s leading brand has never been easier.

Manage Your Business, Not Printers

Whether you own a small business or manage a large department, you can count on Ricoh’s cost-effective and advanced printing technology.

Ricoh's office printers and MFPs offer a variety of speeds and sizes to suit your business. With scan, fax, copier options and finishing capabilities, Ricoh printers enhance your productivity.